Do These Common Myths About Female Fitness Keep You From Getting Fit? 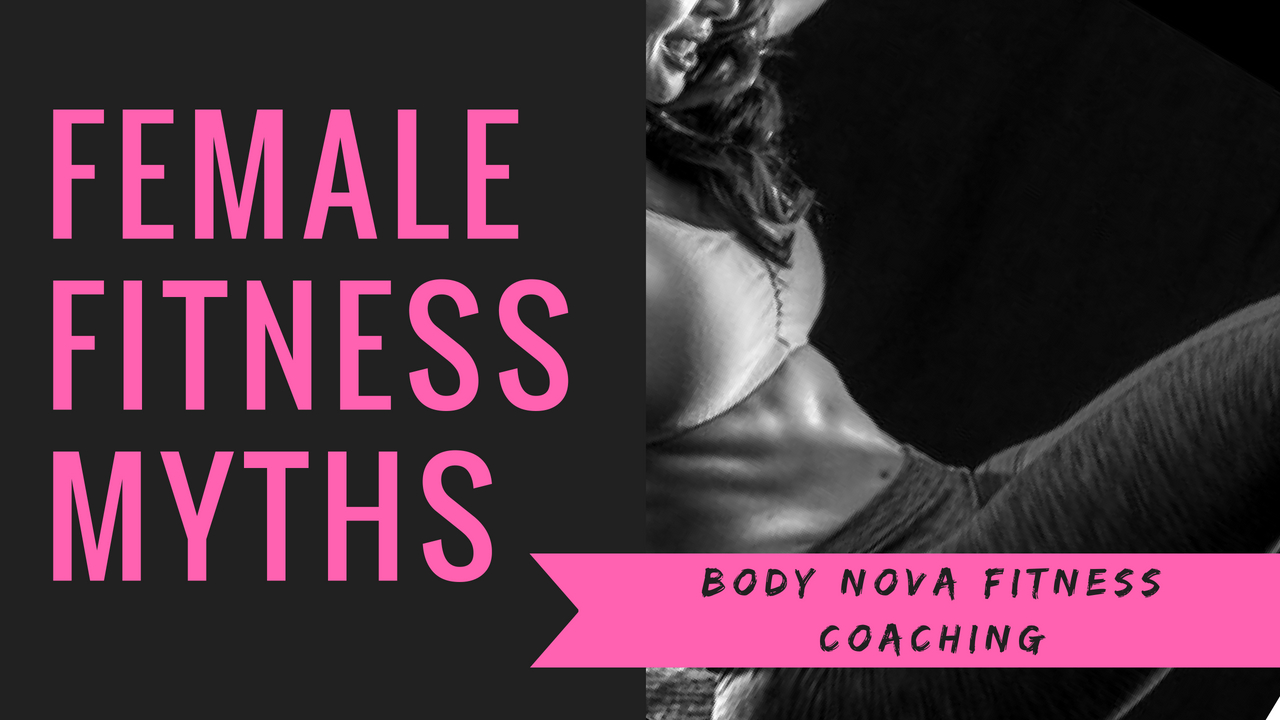 For most of us that are using fitness to look and feel better, we also have to sift through all of the advertising madness to find truth. Finding our version of the truth in relation to our fitness goals, can make the pursuit much easier, and allow us to train smarter. Unfortunately, there’s people out there that bank off of us being confused. So they create, or continue to spread myths about how we should pursue our own happiness, as well as what strategies we use to help us get fit. Here’s a few of those myths:

When we looked at research on exercise intensity, they found that at lower intensities, a higher percentage of fat was used as for energy than it was at higher exercise intensities. Here’s the kicker: Even though a higher percentage of fat was being used to fuel the exercise, more fat was burned at higher exercise intensities, due to the fact that more calories were burned at higher intensities. Remember, calories are king when it comes to weight loss. If you can’t create a calorie deficit, fat loss/weight loss becomes almost impossible. So you can work towards the ideal of burning more calories from fat, or you can work harder, at a higher intensity to burn more fat, which may result in losing more weight.

Women have smaller cross- section of muscle fibers in all muscle groups, lower amount of type 1 & Type 2 muscle fibers, so unless a woman uses anabolic drugs (steroids, GH +insulin…) it will be nearly impossible to become manly without using drugs. One of the things that stuck with me in my time working as a fitness manager, is this bit of info my district manager passed on to me. “People buy with emotion, and try to justify it with logic!!!” You can see this wisdom coming into play with most of these myths about females and fitness, and how they’re able to last even though, when science and logic come into play, these myths become laughable fables. For example: A famous Hollywood Celebrity trainer used to say that women become so muscular that they’d look like men, if they lift more than 3 lbs. Ask me how much the average woman’s purse weighs. Let’s just say there should be She-Hulks all over the place. Let’s forget the fact that most men that lift have a hard time getting that muscular. But, this myth still exists because that trainer tapped into women’s fears of looking like men.

Some of the reasons that these myths are allowed to remain are due to “rules” society has put on us, or roles that women are supposed to adopt. Even though we, both men and women need all types of exercise. Certain types of exercise were deemed masculine and feminine. When you look at research on how to exercise to build muscle, lose fat (or lose weight), improve performance, you’ll see that the differences between the sexes are very minimal. So men and women have a very similar response, so if they have the same, or similar goals, the way that they use exercise to achieve them will also be very similar. After reading some research  barriers that women have that prevent them from participating in resistance training, and some of the answers were

Even though the ability to reach your health and goals greatly diminishes (you’ll have problems creating a weight loss because you don’t burn a lot of calories), people would allow something as small as the perception of sweating during a workout, or fear of becoming a man, get in the way. So in cases such as this, even though science points to the exact opposite, these fears remain. They continue to be bought into emotionally, and resold by those who really don’t know how to get people into shape.

Another example of science pointing to the opposite of some of the common fitness myths would be anything regarding calories, and storing fat. Common myths such as the following should also fall by the way side:

Even though you don’t eat after 6, and it’s healthy food, calories still matter, so these might only work if you eat less. At the end of the day, if you fail to eat less calories than you burn, you won’t lose weight. There’s also research that shows that when someone is in a calorie deficit (eats less than they burn) a high protein intake can help them burn slightly more calories, and maintain muscle while losing fat. If you workout late evenings, your recovery will be affected by skipping meals because you may not properly replenish your muscle glycogen stores so that you’ll have it available to fuel your workouts. The body prioritizes replenishing what was used during the workouts (protein, carbs) so you can also perform well during your next workout, before it allows you to store fat.

This are just a few of the ways that outdated societal rules about how men and women should workout can hinder your ability to reach your goals. If you’d like more information about how men and women respond differently to exercise, and how to alter you training to take advantage of these differences check out these videos on our YouTube Channel.