Running, Weight Loss, GRF’s and the Elephant in the Room 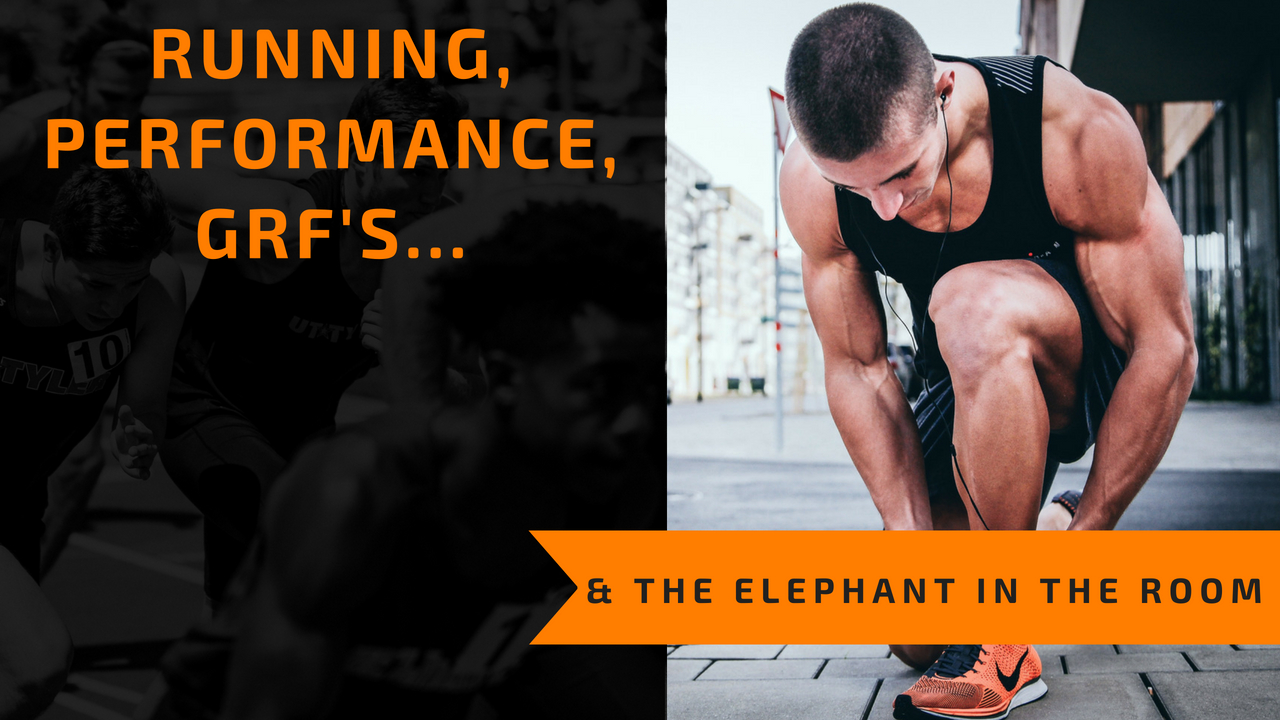 I often read about people putting the largest effort into improving their running. But to me, most of them fail to address the elephant in the room. Sometimes they’ll even try all types of famous, or exotic running programs, only to make modest improvements at best. Here’s why: that elephant in the room is their excessive body weight. People think that just the mere act of training to be better runner, without making any other changes, will automatically cause all the weight loss that they’ll need. But it seldom works due to the fact that running to become a better runner, and running to lose body fat may require different programs. So that program that might improve your running, will not be the best program to help you lose weight. This is why when athletes have to lose weight, improve strength… they do it in the off-season (if they’re strength coaches are responsible), so that their performance doesn’t suffer, or that they can adjust their performances to the changes in weight/strength. Here’s a few other important reasons why this way of thinking is a recipe for failure:

I’m not bashing running. I used to run both track and cross country in both high school and college. My point is, the strategy that most people used by jumping on some of these cookie cutter running programs designed by “experts,” that never address the effects of being overweight, aren’t sound strategies. You can make a great runner average by adding a backpack with an extra 20-30 lbs. If you want to run, and are also overweight/over-fat, you’ll definitely want to add a decent resistance training program so that you’re strong enough to deal with the GRF’s created.