A lot of people get stuck trying on the path to their transformation. Hopefully you can use few of these tips to get the ball rolling again.

Get Organized!!!
With the amount of technology available setting a baseline for what they’re doing with their nutrition and their exercise. You can set your calorie intake, watch the amount of exercise you’ve been doing, the level of intensity of the exercise… When I’m trying to step things up, I’ll monitor how the additional stress that I’m introducing fits into my lifestyle by using a heart rate monitor 1st thing in the morning to measure my ability to recover from it by getting my heart rate reserve. If my heart rate reserve starts dropping too much, it’s time to jump back on the guided breathing, some yoga classes, or cut back on the exercise to get balanced. With that being said, if you know what’s important to your achieving success, find a way to measure and keep track of it. One of the most common mistakes I come across are people that claim they’re on certain calorie intake, but they don’t have a food scale, measuring cups, to go along with that app they’re using to track calories and macros (protein, carbs, and fats). In essence, they’re really guessing. When it’s time to make an adjustment, they have no idea how to fix the problem, because they don’t have a clue of where they’re at. If you don’t track calories and/or macros, now might be a good time to start.

Here’s a few things you can keep track of that might be helpful, plus an app, or a way to track it:

The quality of your sleep (Sleep Cycle). If your sleep quality is low, your stress levels will increase, and your ability to handle carbs will decrease. Hormones rule everything. Blood sugar, fat storage, fat burning, muscle building, the rate that you burn calories at… are all controlled by a hormone. Want to guess the one thing that you can do that affects your hormones the most?
Calorie Intake + Macronutrient intake. Even though calorie intake is the most important variable, you may want to keep track of macronutrients (macros) because people have different tolerances for foods (take carbs for example, which can be influenced, by sleep quality, and body fat levels). I’ll even add protein intake because the requirements for people that exercise can be more than double what it is for people who don’t. those with high protein intakes maintained their muscle while losing weight, and ended up making more increases in strength, which improved their ability to perform at a higher level during their workouts.

Exercise Intensity & Volume. This isn’t as bad as it sounds. There’s an inverse relationship between volume & Intensity. But, volume, which is the amount of work performed is one of the most important factors in making progress. If you work at a higher intensity, the volume will usually need to drop. Make a note of that because, breaking your plateau might be as simple as saying, I perform 4 sets of 15 reps for these 5 exercises, let me try either 4 sets of 20 reps, or 5 sets of 15 reps.

Heart Rate During Cardio. Even if you’re not performing HIIT, know what intensity you’re working at during cardio could be important. Before increasing the amount of time that you perform cardio for, the heart rate that you work at could also provide a way to burn more calories during your workout. Beginner’s will get results from a lower percentage of their maximum heart rate than experienced exercisers. 50% may be good for starters, but 60% or more may be required once you have some experience. By the way, your actual target heart rate will as you become more fit. This is one of the reasons why you should use Karvonen Formula to get it personalized to your fitness level, instead of using the popular 220-age formula, which treats everyone your age the same. You can find great Bluetooth heart rate monitors for cheap on eBay. I don’t use watches, because even though they’re great for measuring heart rate, I also use mine to measure heart rate variability, and the watches mess this up by averaging out the time between heart beats.

Don’t Be So Extra!!!
When people get started on their transformations, they tend to bite off more than they can chew by immediately going from couch to 10+ hours/week of exercise, or from eating 3000 calories/day down to 1500. Instead we should learn to be a little more conservative if we know we’ve got a long way to go. Meaning we can start with 3 days of hard work, or start at 2500 calories and adjust as things slow down. Remember, the body can perceive too large of a caloric deficit, or too extreme of a change, as a stressor. And when stress levels get too high, it can cause the body to suppress your metabolism. If you have a significant amount of weight to lose, or muscle to gain, it’s going to take a while. In most cases, even if the weight loss may move faster at first, it will usually average out to 1-2 lbs./week at the end of the day. Losing 20 lbs. can take from 10-20 weeks. If you’re properly organized, you can set yourself up to make progress, and easily figure out where to go next when things slow down. Also in most cases, people will make 500 calorie drops when they change their intake, in hopes that it will guarantee 1 lb. of fat loss/week. Usually 200 calories will do. In addition to that, you don’t have to make your calorie deficit just by eating less food. You can also exercise more, if not a little (not a huge amount of both). If the changes made are too extreme, once that plateau hits, you’ll have to get more extreme to overcome them. Remember, the body adapts to everything you do. Get the most from the changes you make.

Another way that people end up being “Extra” is that they try to micromanage their weight loss by meticulously controlling calorie expenditure from exercise. They use the calorie counters from the apps, or on the electronic workout equipment that they’re on, but those calorie counters aren’t accurate. Don’t rely on the calorie counters on the bike, or that assigned values that most apps give to exercises. They’re not accurate. They’re based on what’s known as indirect calorimetry, which is basically an educated guess. In order to get accurate values, scientists will put people in a room that measures the amount of heat that a person gives off at rest, and during exercise. Also, these equations that figure out calories fail to take into account the technique that you perform the activity with. When you first learned to ride a bike, you were all over the place, correct? Now think of have you performed after 2-3 years of riding a bike., Do you think you burned the same number of calories with struggling as you did once you became an expert? Focus on quality workouts. 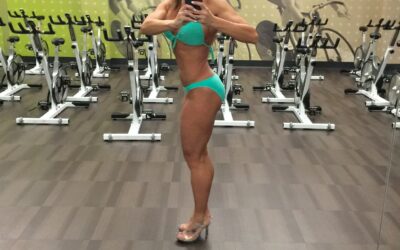 Why Your Booty Program Isn’t Working 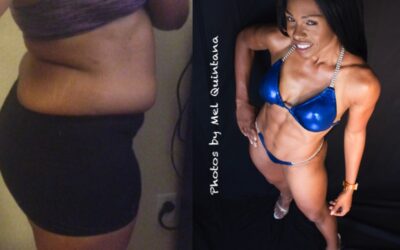 Ways To Boost Your Metabolism, Without Using Stimulants

Ways To Boost Your Metabolism, Without Using Stimulants 7. Extended Sets- Extended sets work well for boosting metabolism by creating what’s called a metabolic disturbance within your system. Because you're working hard for a longer period of time, your body... 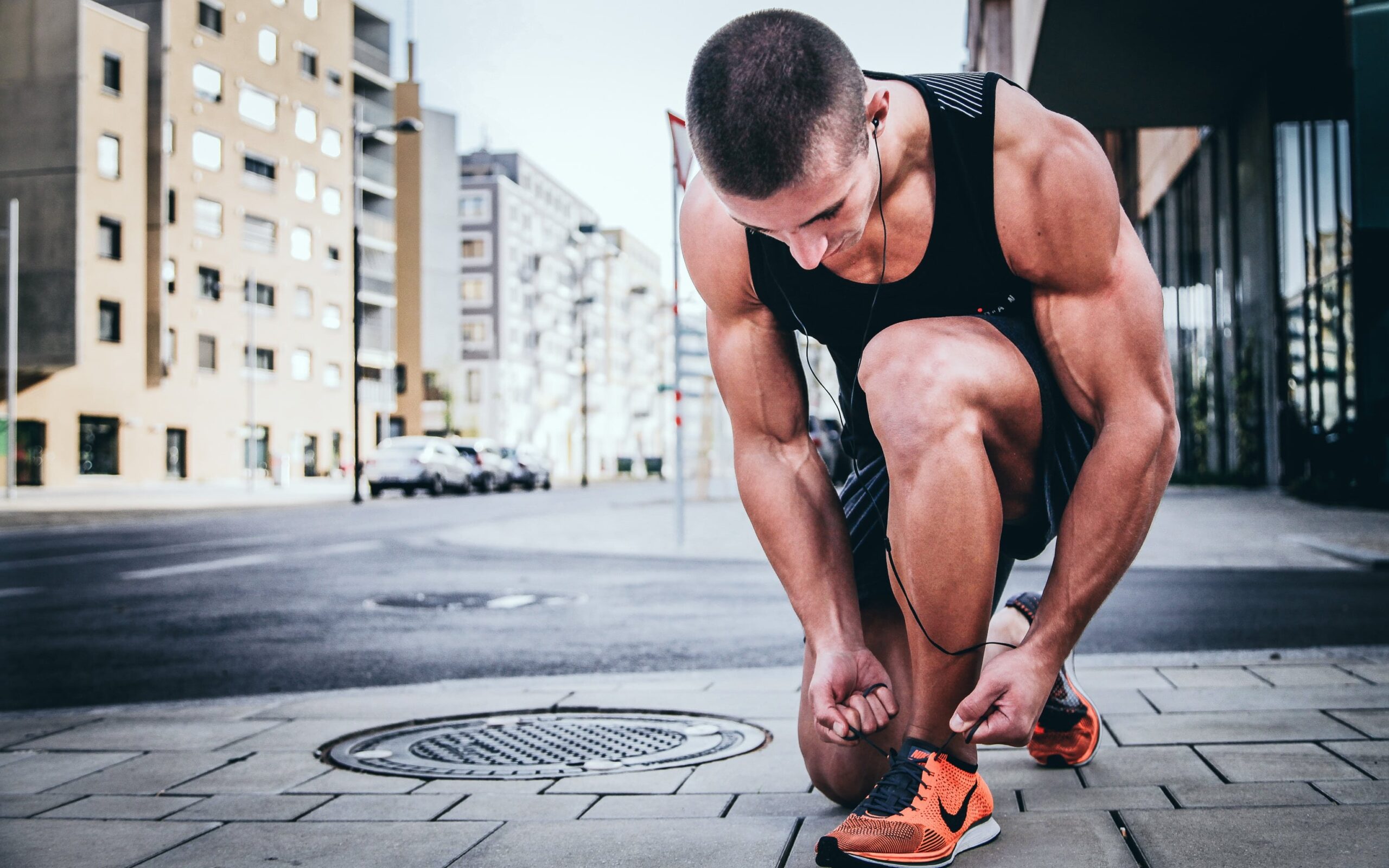 Running, Weight Loss, and Fitness I often read about people putting the largest effort into improving their running. But to me, most of them fail to address the elephant in the room. Sometimes they’ll even try all types of famous, or exotic running programs, only to...